We are wearing or carrying Christmas socks this year with the faith and prayer that Jessica can be healthy and strong to enjoy this Christmas. This tradition was started with a little girl, Becca, who was critically ill following a heart surgery. A loving nurse placed a pair of Christmas socks onto Becca's small feet with the faith that she would survive to see many more Christmases. Becca miraculously recovered. Another year, a young girl (Jessica Joy) was having serious complications following a heart surgery and Becca's mother
sent Jessica Joy's mother some Christmas socks as a token of her prayers and faith that she would recover. Jessica Joy also made a miraculous recovery. This story was told to an online support group called pdheart (an online support group through CHIN).  And so the tradition of wearing Christmas Socks as a visual form of love, support and prayers was born.

I came online in the fall of 2000 looking for a support group that I
could join so I could offer support to other families.  After posting an introduction about Jessica's status of being inoperable and declining in health, a lot of families began to reach out to us.  I went online to offer support and in return I received more love and support than I ever imagined!  People around the world have started wearing Christmas socks in support of our Jessica this year. We have been so amazed by the love and support we have received from all around the world. We invite you to either wear or carry Christmas socks right along with us.  My family will all be together for this wonderful holiday and we pray that Jessica can enjoy this Christmas since she is terminally ill and her health is deteriorating quickly.

Within a couple of months of my first post about Jessica on pdheart there were about 12 countries and well over 2,000 people wearing Christmas socks in Jessica's honor.  It was a way for them to show their love and support as well as a visual way to show that they were praying for her.  One Jewish lady asked if she could wear Hanukkah socks instead of Christmas socks and I said OF COURSE!!!  I received emails from other people of other faiths and they wore whatever type socks that made them think of Jessica. A local news station found out about the Christmas socks and they did an interview with our family.  It was October and people were wearing Christmas socks!

Some people sent gifts, cards and even Christmas socks to Jessica from several different countries all over the world.  It was so fun for her to receive those gifts.  It touched our hearts that so many people would reach out to a terminally ill child.

Jessica and Mommy with a floral arrangement sent to Jessica from a CHD family. 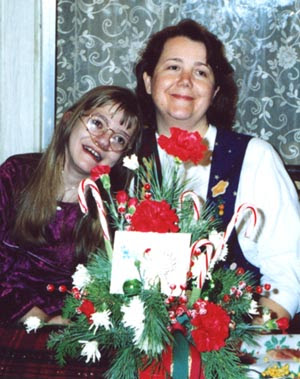 Here's just a few cards and letters Jessica received in the mail. 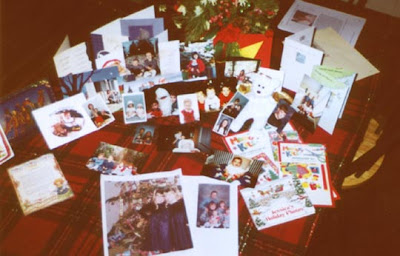 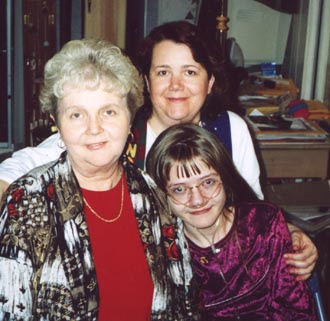 back = Me; L-R = Aunt Mandy, Jessica and Aunt Karen 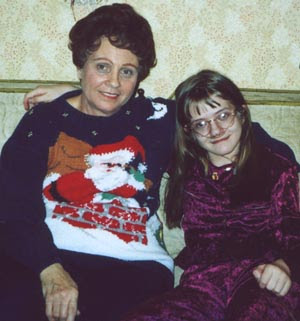 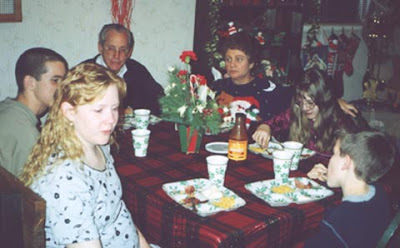 Our family photo for Christmas 2000 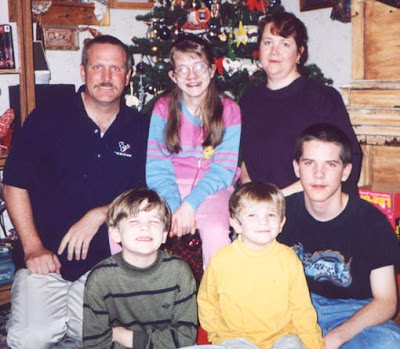 Miss Jess after a haircut.  She LOVED it! 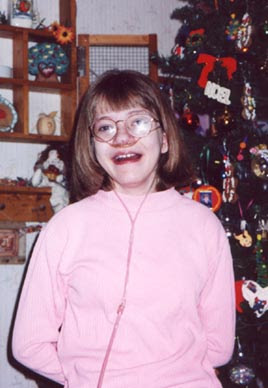 After the holidays I started getting emails asking what type of socks they should wear next?  Valentine's Day socks, Easter socks, Spring socks, polka dotted, striped, bright colored and even socks with butterflies on them were being worn instead of Christmas socks. There were so many people who loved Jessica and wanted to show their love, support and prayers.

Over the years Jessica's health was yo-yoing and she came close to death numerous times.  In 2004 she started having lung bleeds which was extremely scary.  After some testing it was determined that there wasn't anything they could do for the lung bleeds and we were advised to put her into a home-hospice program.  Any one of the lung bleeds could be fatal and she was having them almost daily.  Jessica was admitted into hospice in July of 2004.  The hospice nurse went with me to an appointment with the pulmonologist and she recommended using morphine daily.  She said that the hospice had seen some improvement with other patients when they used a small amount of morphine daily.  To our amazement the morphine worked and Jessica was released (kicked out - lol) from hospice the summer of 2005.

Jessica developed Ischemia of the Bowels which is a terminal disease if surgery isn't possible - and Jessica's was inoperable.  That condition is extremely painful and was so hard on her. On top of that Jessica's heart was in congestive heart failure and she was having up to 10,000 PVCs (premature ventricular contractions = arrhythmia) every day.  Through all this Jessica kept up her happy demeanor and continued to bless our lives with laughter, smiles and hugs.

In 2010 Jessica's ischemic bowels got to the point to where she wasn't able to eat much at all.  She was hospitalized the week after her 22nd birthday in June (of 2010) for congestive heart failure.  I knew her health had been deteriorating for a long time but it was hard to hear that it was time for hospice again.  By the end of July Jessica was very ill and she completely stopped eating by August 1st.  During that time a lot of people pulled out the Christmas and Silly socks in Jessica's honor.  As Jessica continued to fade, more and more people were wearing their Silly Socks in her honor.  They even started an event on Facebook.  They had a special day of prayer and wearing Silly Socks for Jessica. 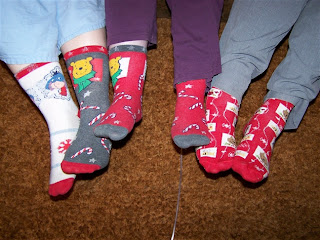 Jessica, Renee (Jessica's best home-health aide) and I wore Christmas/Silly Socks when the facebook group wore them.  I'm on the left wearing two different socks, Jessica is the one with the purple pants in the center and Renee is on the right. 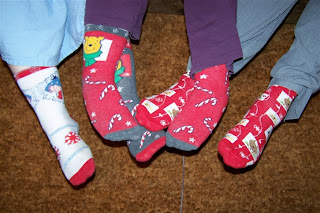 Jessica passed away on October 4th, 2010 with her loving parents by her side.  She continues to be an inspiration to many.  She wasn't expected to survive childhood and yet she lived to be an adult.  She lived 10 more years after my first post about Christmas socks.  I know that all those people praying for her and pulling for her had something to do with it.  That support held us up through some very difficult times.  Words can't describe what that support means to me.  I continue to feel that love and support today.

I would like to continue the tradition of wearing Silly Socks in Jessica's memory to show love and support to all CHD kids and adults. 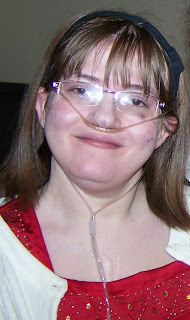 I love your silly socks! I'm sorry I haven't come by in such a long time. You are frequently in my thoughts and prayers - especially lately because of our own experiences. Hugs!